Wrapping up the whole Sony thing…. for now. 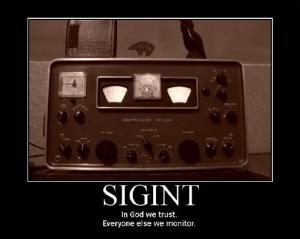 So a bunch of things have come out in the last week that honestly make further discussion about attribution pointless. Once again, we are dealing with things said at conferences or deliberately leaked to the media, but given the sources, we have to at least take them somewhat seriously.

This was always a “wildcard” that couldn’t be discounted. Given what we know of the NSA and PRISM, it’s hardly surprising to hear that their sensors were “in the right place at the right time” to record some or all of the Sony hack. So what exactly did they collect? Allegedly, they saw phishing emails sent from North Korea to Sony sometime in September. Furthermore, in retrospect, they determined that those emails had been successful in compromising the credentials of at least one admin.

It seems pretty solid. There are some things about this that trouble me, however.

This is perhaps the first piece of reasonably solid evidence in the whole affair. Speaking to the press at  the International Conference for Cyber Security, Director Comey alleged that while they were logging into Sony’s infrastructure, the attackers slipped up and connected to Sony’s systems directly. Then, while exposed like this, they logged into the GOP Facebook page. This allowed both Sony and Facebook to record their IP address information.

This is the sort of evidence that solid attribution cases are built upon.

However, it’s still possible to knock a few holes into this. For example, without the accurate understanding of the vector, we don’t know if they started this, or if they took over where someone else left off. We also don’t know whether this whole thing was a deliberate decoy. Without knowing what he meant by “North Korean IPs,” it is also impossible to understand how solid this evidence is. For example, if the IPs come from a North Korean machine owned by the South Koreans, the NSA, and the Chinese, my skepticism remains. It’s hard to say that anything coming from a machine that’s been “hacked to pieces” by multiple parties can definitively be attributed to anyone.

So that’s where we are. In my eyes, the preponderance of evidence definitely suggests North Korean involvement or someone trying very hard to make it look like North Korean involvement. However, I remain far from convinced that the North Koreans started this or, indeed, that they played a significant role in this. If only the NSA or FBI would invite me to look over their SIGINT and the non public evidence collected in the case… 🙂